For the sake of testing our product(krugle) easily, I installed VMWare ESXi 3.5.0 build 153875 on a HP laptop(HP 520) before the new server is delivered to our office, but unfortunately it failed to work, for several times it just threw me a screen with purple background, which is much like M$’s famous blue screen ;) it said “PCPU 1 locked up. Failed to ack TLB invalidate…”, here is one of the screenshots I took when the errors occurred: 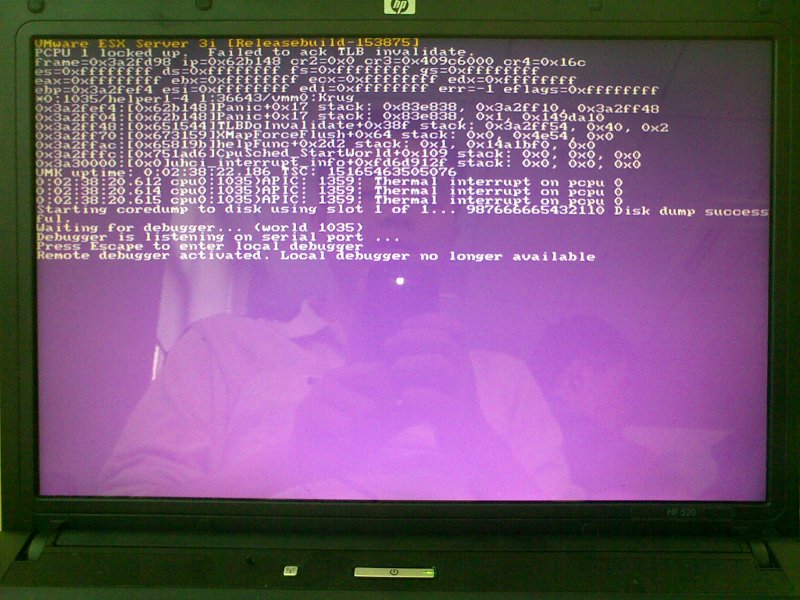 But I was not surprised at all, because I knew there were problems with the HP 520, at least with this model of HP 520. This HP 520 is equipped with Intel Core 2 T5200 CPU, according to wikipedia(http://en.wikipedia.org/wiki/List_of_Intel_Core_2_microprocessors), it looks like this CPU is an OEM product. It’s a Core Duo 2 CPU, but it can’t run 64bit OS, and no hardware virtualization support either, really weird. Anyway I can’t get it work with VMware ESXi, a little frustrated,  I have to use KVM VMs for testing krugle before the new server reaches.